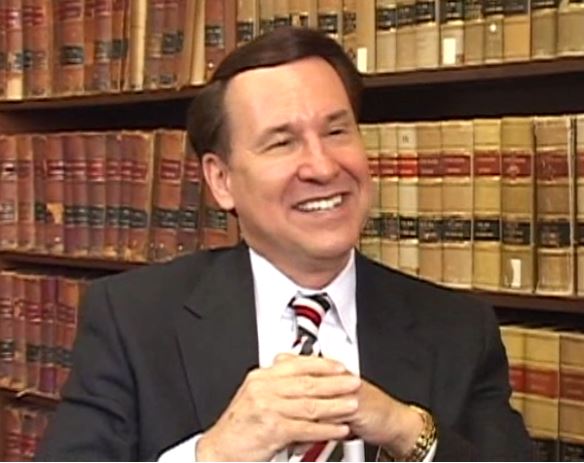 Listen to an audio recording of a two-part interview with Robert N. Baldwin, Executive Secretary of the Supreme Court of Virginia from 1976 to 2005. (Transcripts, below).

Baldwin was interviewed by Dr. Cassandra Newby-Alexander, Professor of History at Norfolk State University, at the National Center for State Courts in Williamsburg and the Supreme Court Building in Richmond.

In the first interview, recorded May 14, 2010, Baldwin recalls his childhood in Roanoke, education, and military service, working to implement the findings of the I’Anson Commission, which proposed a reorganization of the Virginia court system, working with Chief Justice Harry L. Carrico, and the implementation of automation technology and uniform practice and procedures in courts across the state.

In the second interview, recorded May 21, 2010, Baldwin recalls working with the Committee on District Courts, the Courts of Justice Committee, and Speaker of the House of Delegates A.L. Philpott, the establishment of the Court of Appeals in 1985, the Virginia Criminal Sentencing Commission, and a study by the Commission on the Future of the Court System, 1987-1989.