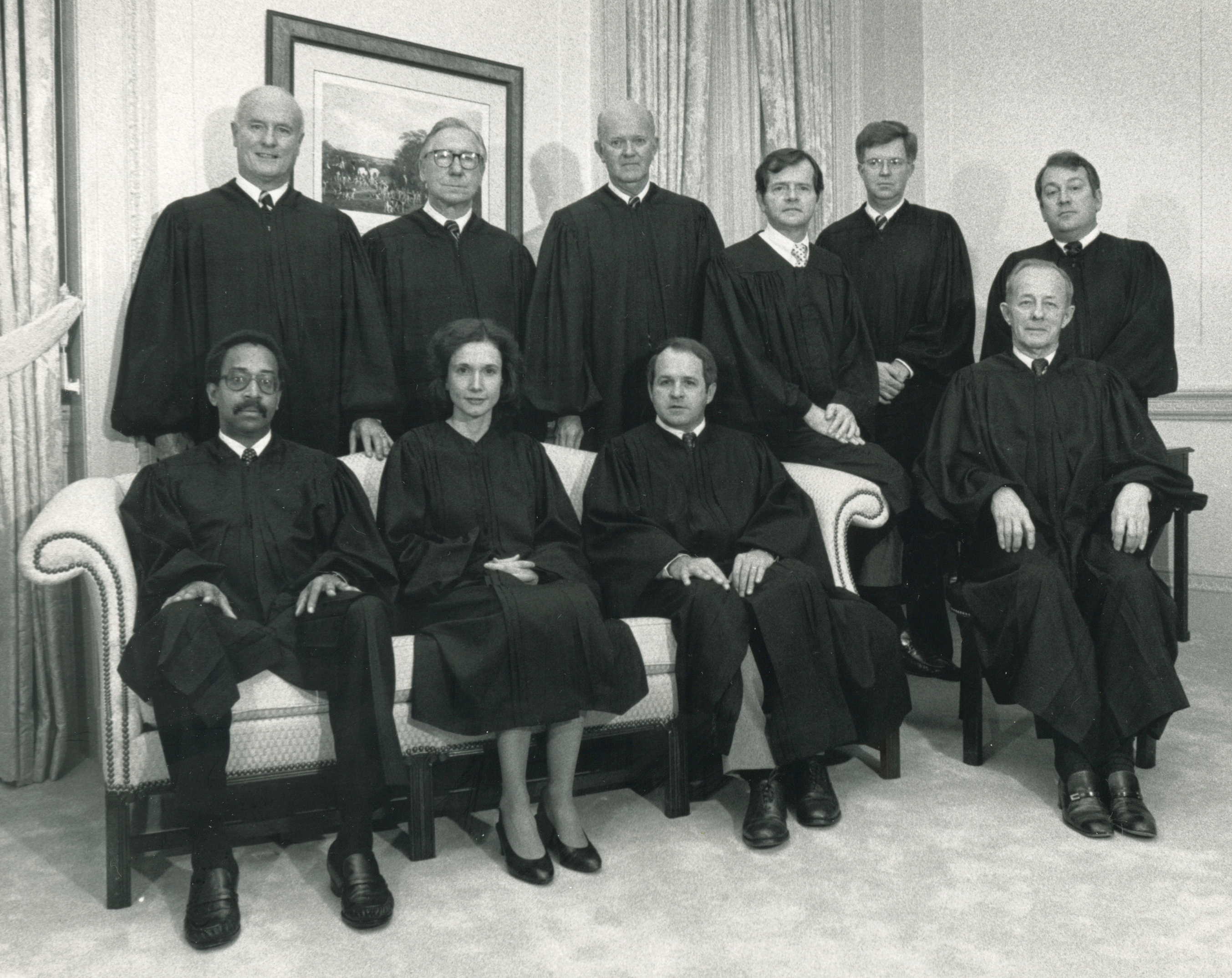 Insufficient appellate capacity was not new to Virginia’s judicial system in 1983, when the General Assembly passed legislation creating the Court of Appeals of Virginia. As early as 1848, the Supreme Court of Appeals (now called the Supreme Court of Virginia) faced a backlog of eight to nine years. To assist the court, the legislature created a special court of appeals. The General Assembly constituted this court three more times–in 1872, 1924 and 1928–before constitutional revisions of 1971 removed this prerogative.

The same year, a Court Study Commission chaired by Chief Justice Lawrence I’Anson identified insufficient appellate capacity as the chief problem facing the judicial system in Virginia and recommended creation of a permanent intermediate appellate court. Few people questioned the need for more appellate review; at the time, Virginia was the most populous state without an intermediate appellate court and only a fraction of circuit court decisions were reviewed. There was fierce debate, however, over the proposed court’s jurisdiction and right of appeal. The Supreme Court of Virginia wanted petitions for appeal, and most lawyers wanted an automatic right of appeal. Prosecutors argued the new court would do nothing to reduce the workload facing the Supreme Court of Virginia.

A compromise was reached in 1984 providing for establishment of the Court of Appeals with ten judges instead of the twelve initially proposed, fewer automatic rights of appeal, and limited jurisdiction. (The court was expanded from ten to eleven seats by statute in 2000.) The court was given appellate jurisdiction as a matter of right over circuit court decisions in criminal cases (except death penalty cases) and domestic cases and for appeals from administrative agencies and the Industrial Commission (now the Worker’s Compensation Commission). Most of the appellate jurisdiction in civil cases remained with the Supreme Court of Virginia.

“Now, for the first time, people had a right to a second look, to have another judicial body say whether their case was correctly decided, and that was huge,” Judge (Ret.) James W. Benton, who served on the court from 1985 to 2007, recalled. “Previously, the only appeals of right in Virginia were appeals from the State Corporation Commission and capital murder cases.” Members of the bar responded to this expansion with enthusiasm. “There were very few lawyers around the state who opposed the court, very few,” Benton said, although it was controversial among trial court judges, who weren’t accustomed to much review. “The feeling is that there is someone now who will listen,” Marvin D. Miller, past president of the Virginia College of Defense Attorneys, told The Washington Post in 1986. “I understand they’re not afraid to tell a Circuit Court judge when there’s an error.”

The court decided early on to interpret the statute creating the court to require that every litigant before the court receive a written opinion explaining the reasoning behind the court’s decision. “I mean no matter whether it was a criminal case, you had a right to get a written opinion, and we turned out a lot of written opinions,” U.S. District Court Judge (Ret.) Norman K. Moon recalled. The judges also agreed to hold session four locations across the state, with judges rotating their service to the different locations. “We wanted to try to be user-friendly,” Judge (Ret.) Sam Coleman remembered, especially given the delay in disposition of cases before the Supreme Court of Virginia at the time.

The Court of Appeals proved to be hardworking and efficient. In its first year of operation, the court received 1,641 filings and granted more than 200 appeals, and the number of cases filed with the Supreme Court of Virginia decreased from 1,900 to 1000. As some opponents of the new court predicted, the high court’s backlog continued to grow. Increased staff and improvements in administrative efficiencies reduced backlogs in both appellate courts by 2005. Between 2005 and 2012, filings decreased significantly in both courts.

In addition to expanding citizens’ access to justice, the Court of Appeals contributed to the development of case law, particularly in criminal, domestic relations, and workers’ compensation law. “This court was able to develop and add to the law so many precedents that practitioners and judges could rely upon,” Judge Moon observed. Before the court was established, Virginia law “was just a small fraction of that of most states that had courts of appeal. . . . We didn’t have the precedent on a lot of issues.”