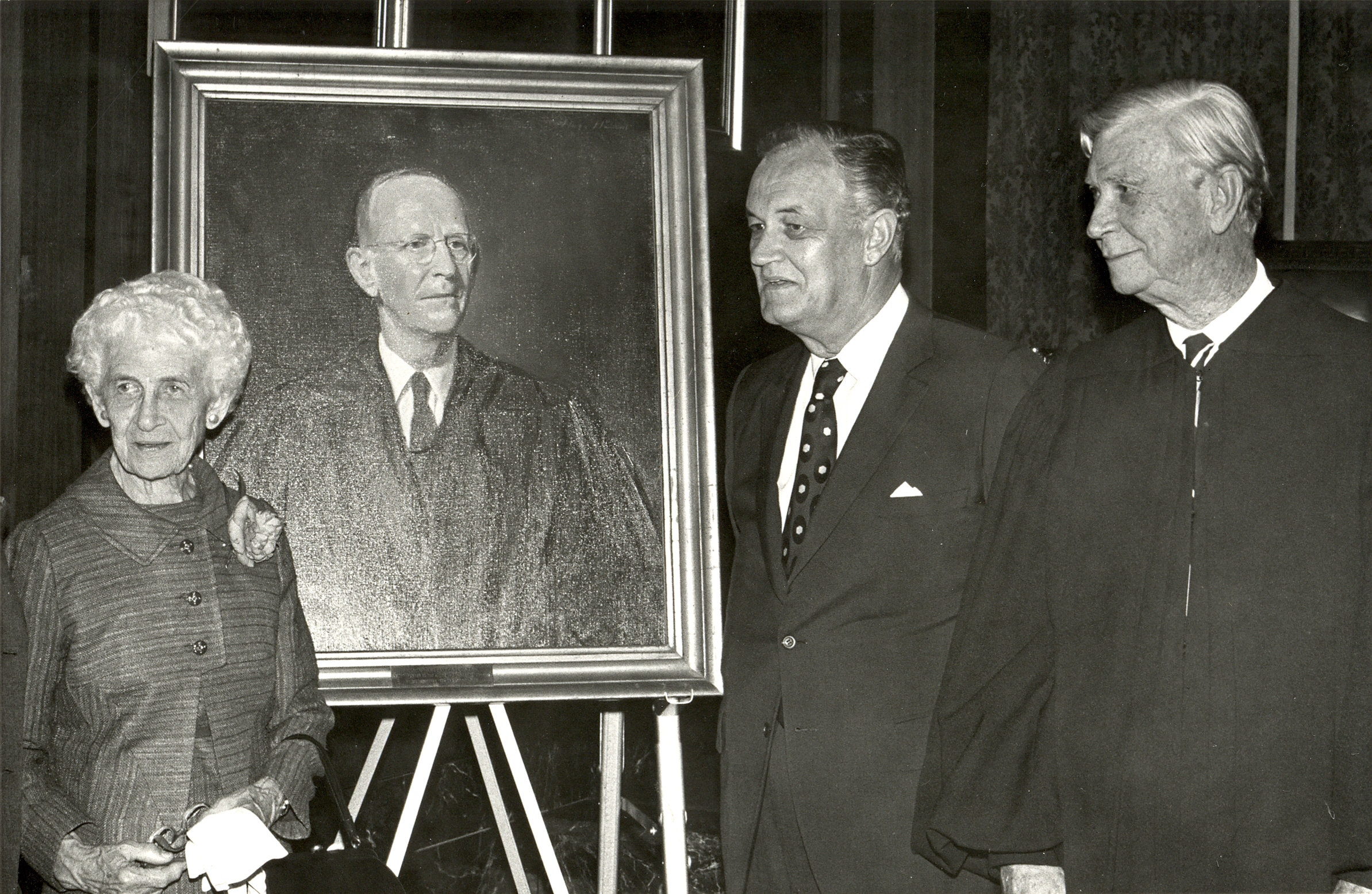 The Virginia Bar Association established a portraits committee in 1928. The bar hoped to encourage judges’ families and local bar associations to donate portraits to the small collection in the courthouse. In 1943, following a disagreement over the quality of portraits accepted by the court, the State Art Commission recommended justices have their portraits painted from life.

In 1956 the association established a special fund to accept tax-exempt donations for portraits for presentation to the court and donation to the Commonwealth. The expense became part of the bar’s operating budget in 1958. The portrait of Chief Justice Edward Wren Hudgins, completed in 1958 shortly before his death, was the first portrait commissioned by the bar.

Portraits are presented at the winter meeting of the Virginia Bar Association and hung in the courtroom when a justice retires. A  color brochure showing the current location of portraits can be downloaded and printed.

In 1998, Governor George E. Allen issued an executive memorandum assigning the Library of Virginia responsibility for the care and oversight of artwork of the Commonwealth exhibited within the Capitol Square area.

In 2008, photographer Robert Boag created digital images of the portraits hanging in the courtroom and foyer of the Supreme Court of Virginia for the publication, The Supreme Court of Virginia: Historical Portraits of the Justices, 1779-2011, published by the Department of Judicial Planning, Office of the Executive Secretary, in 2010 (now out of print). Unless otherwise noted, the images of portraits used on this site were created by Boag in 2008.