In 1974, the Virginia State Advisory Committee to the U.S. Commission on Civil Rights issued a report, Judicial Selection in Virginia: the Absence of Black Judges, which drew attention to the fact that there were no women or minorities among Virginia’s 335 full-time district and circuit court judges. Among the 235 substitute judges in the state, there were only six African Americans and no women. Since 1974, women and African Americans have broken through long-standing barriers, winning election to judgeships and serving at every level of the judiciary. 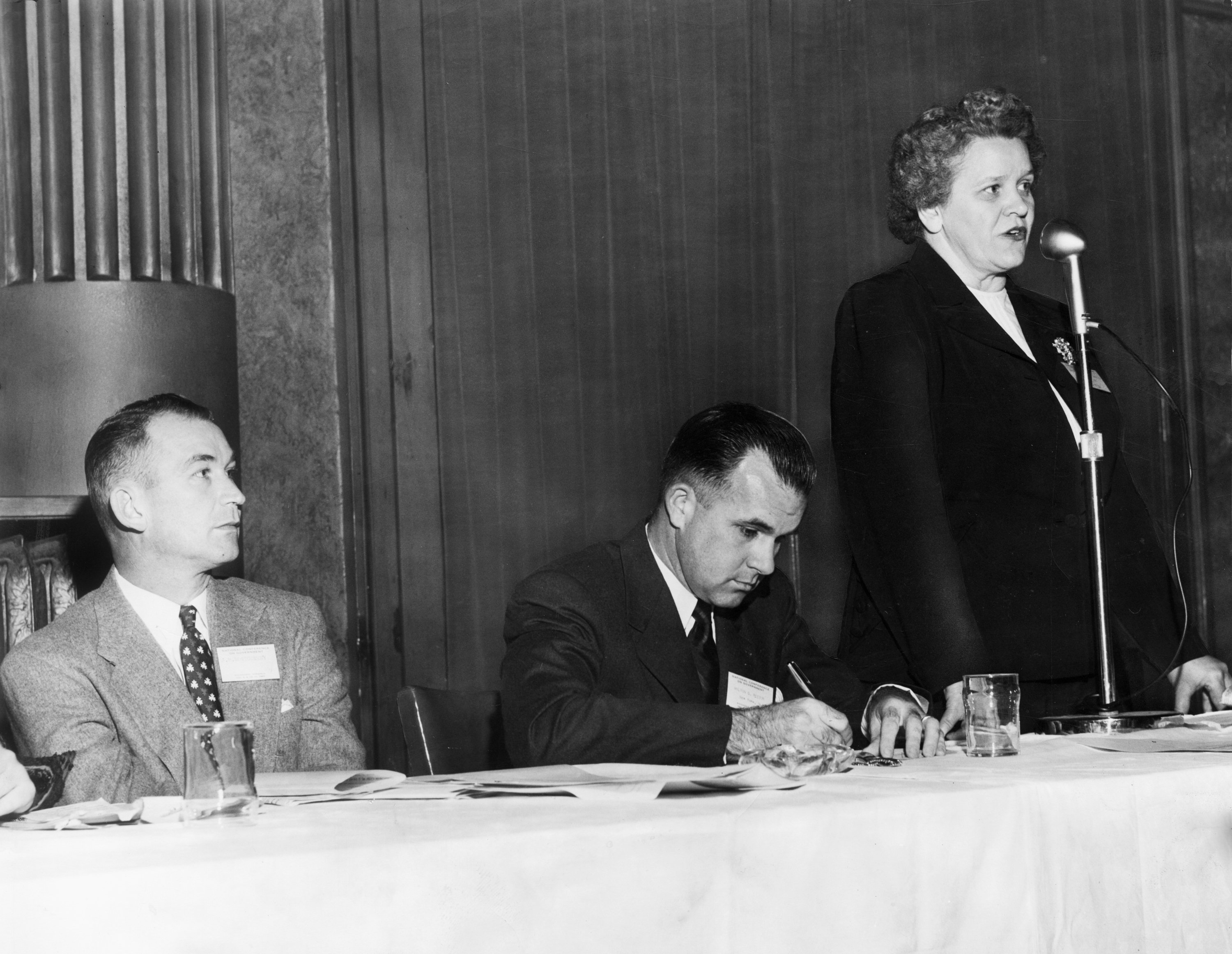 Odessa Pittard Bailey, Roanoke Juvenile and Domestic Relations Judge from 1944 to 1949, speaks on the subject of “The Citizen and Juvenile Delinquency,” November 11, 1953. Courtesy of Richmond Times-Dispatch.

Before women were elected judges of courts of record in 1980, they served in local trial justice and domestic relations courts. Mary Robertson Painter was appointed trial justice in Botetourt County in 1934 and served until 1967. In 1944, the Roanoke City Council elected Odessa Pittard Bailey juvenile and domestic relations judge. She was the first full-time juvenile court judge in Roanoke, and a founder of the Virginia Council of Juvenile Court Judges. After serving one term as judge, Bailey continued her interest in social work and advocacy for children, serving on several state commissions during the 1950s. 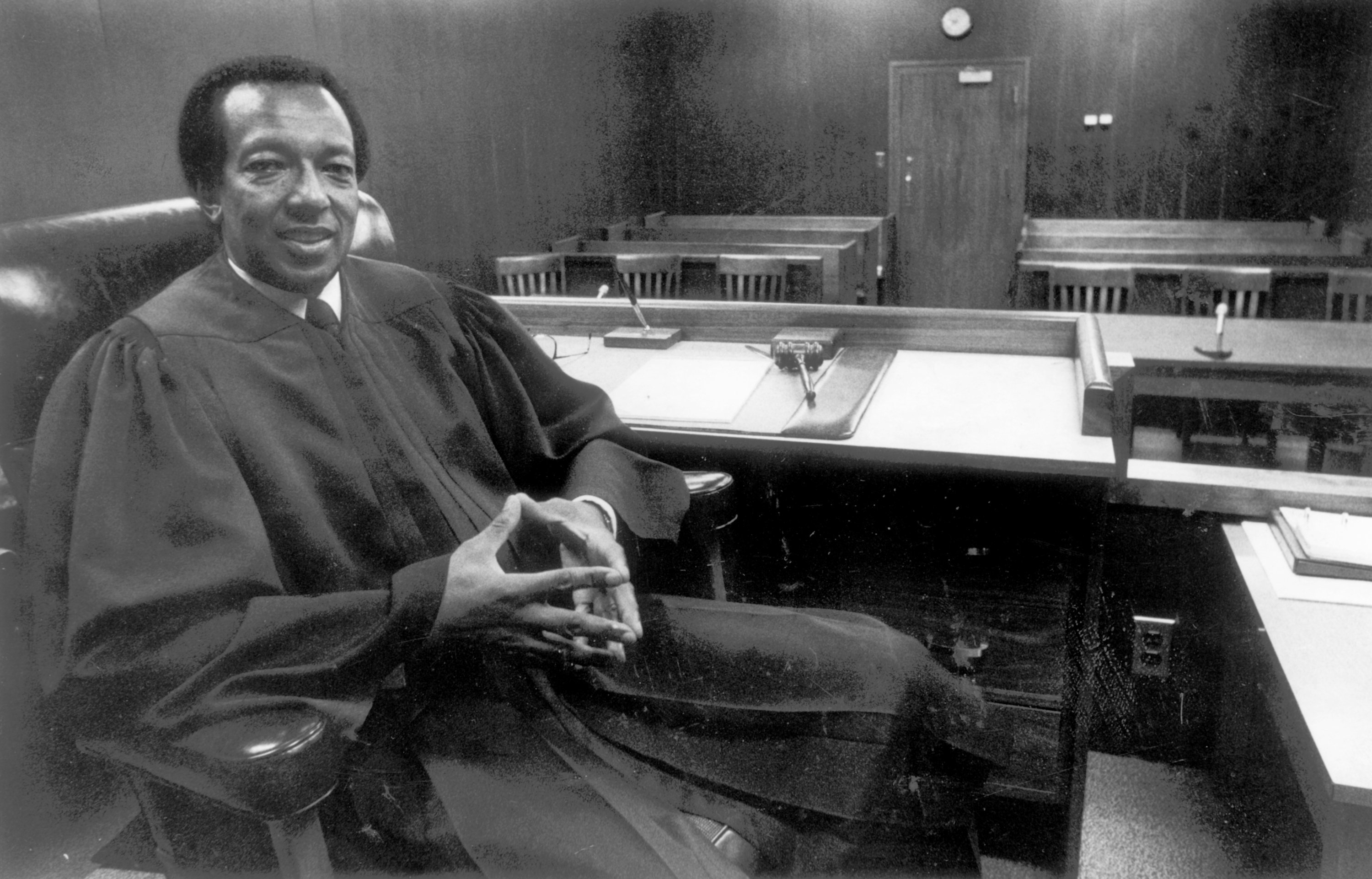 The first African American judge elected in Virginia was Daniel M. Norton, a York County physician chosen to serve as judge of the York County local court in 1866, during Reconstruction. He won the seat three times, but the assistant commissioner of the Freedman’s Bureau for Virginia refused to seat him. On January 30, 1974, Willard H. Douglas was elected judge of the Richmond Juvenile and Domestic Relations Court, making him the first African American to serve as a full-time judge in Virginia and the first elected by the legislature. A native of Amherst County, Douglas earned an LL.B. from Howard University and was admitted to the bar in 1962. He practiced law in Richmond and served as assistant commonwealth’s attorney from 1969 to 1974. 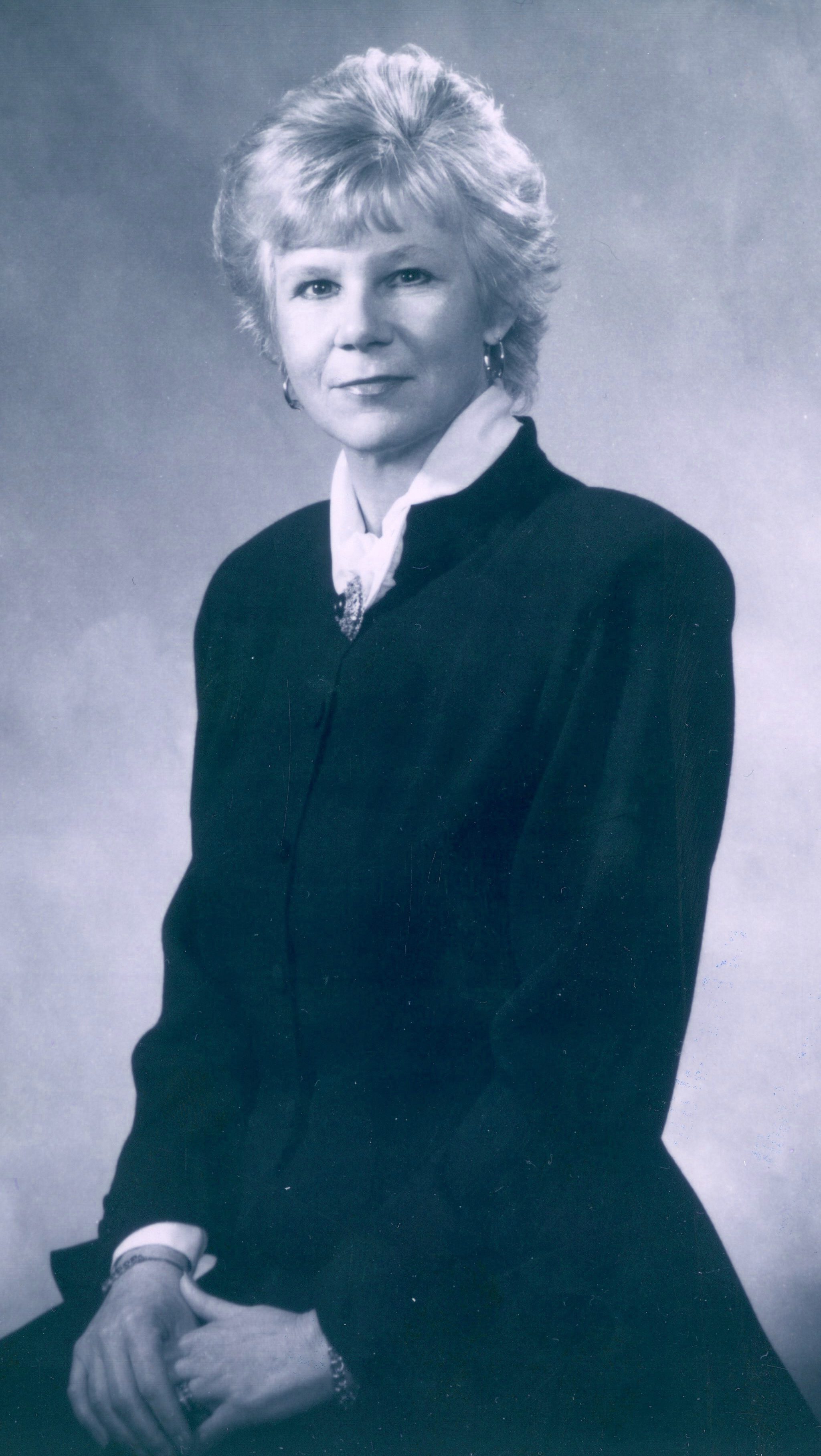 On December 12, 1979, the judges of the Nineteenth Judicial Circuit in Fairfax County nominated two trailblazing women lawyers, Johanna L. Fitzpatrick and Barbara Milano Keenan for general district judgeships.  The General Assembly elected them on the same day, January 18, 1980, making them the first women elected to a judgeship by the Virginia legislature. On February 4, 1982, the Fairfax delegation endorsed Keenan to fill a circuit court judgeship, preparing the way for her to become the first woman circuit court judge in Virginia when she was sworn in on February 27, 1982. Two weeks later, on March 13, 1982, the General Assembly elected Johanna L. Fitzpatrick to a circuit court judgeship in Fairfax County.

“New Judge: She’s one of the Boys,” an article that appeared in the Washington Post on February 27, 1982, emphasized the competition between Keenan and Fitzpatrick and suggested Keenan’s gender helped her get elected. “I don’t feel that being a woman has stopped me from getting any job that I’ve ever aspired to,” she countered. 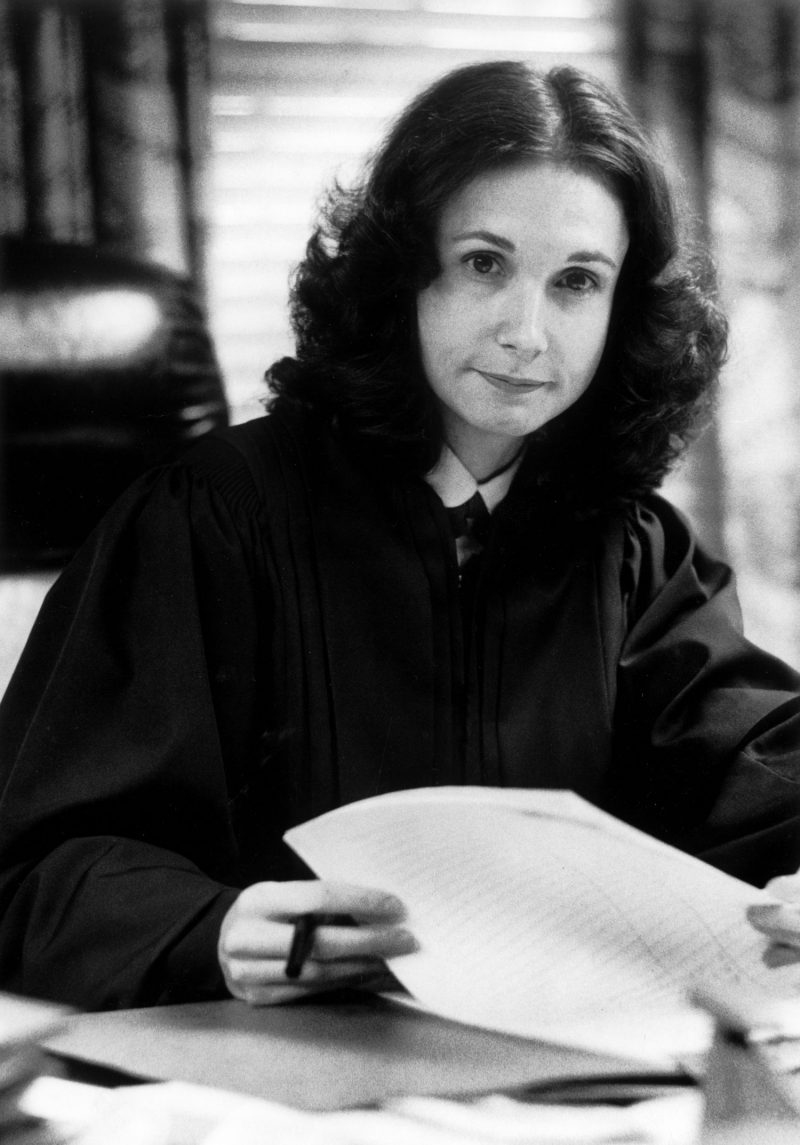 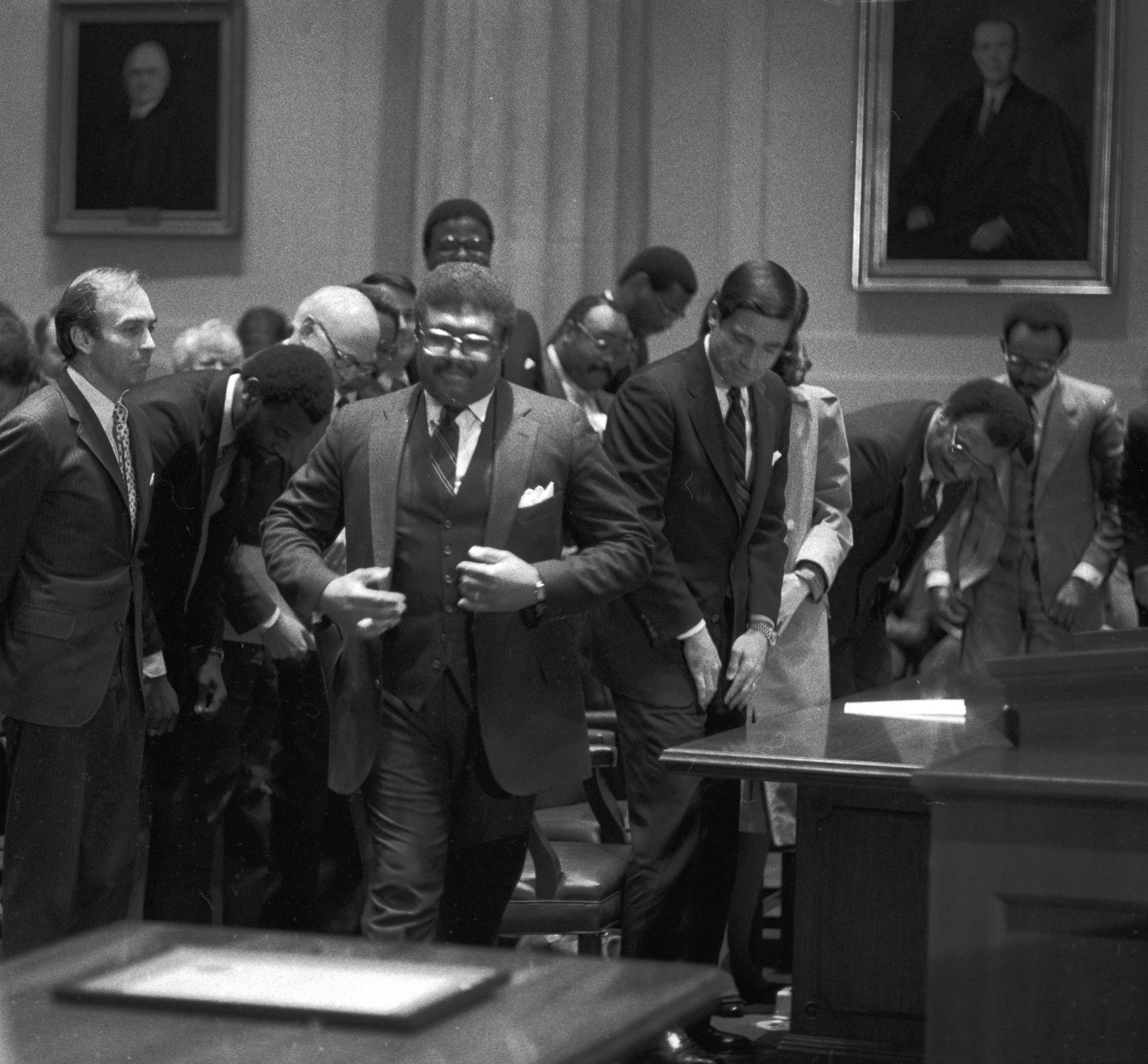 Investiture of John Charles Thomas (left) as a justice of the Supreme Court of Virginia, with Governor Charles S. Robb, April 25, 1983. Courtesy of Richmond Times-Dispatch.

In 1983, Governor Charles S. Robb appointed John Charles Thomas justice of the Supreme Court of Virginia. At the time, there were only eight African Americans sitting on appellate courts in the United States, and none in Virginia. One of the first students to integrate Maury High School in Norfolk, Thomas earned B.A. and J.D. degrees from the University of Virginia, in 1972 and 1975. In 1982, he became a partner at Richmond law firm Hunton & Williams. Thomas said he considered his appointment “a matter of history. Black people have put their lives on the line so others like myself could serve,” he told reporters. Thomas resigned from the court due to health concerns in 1989 and eventually returned to private practice at Hunton & Williams. 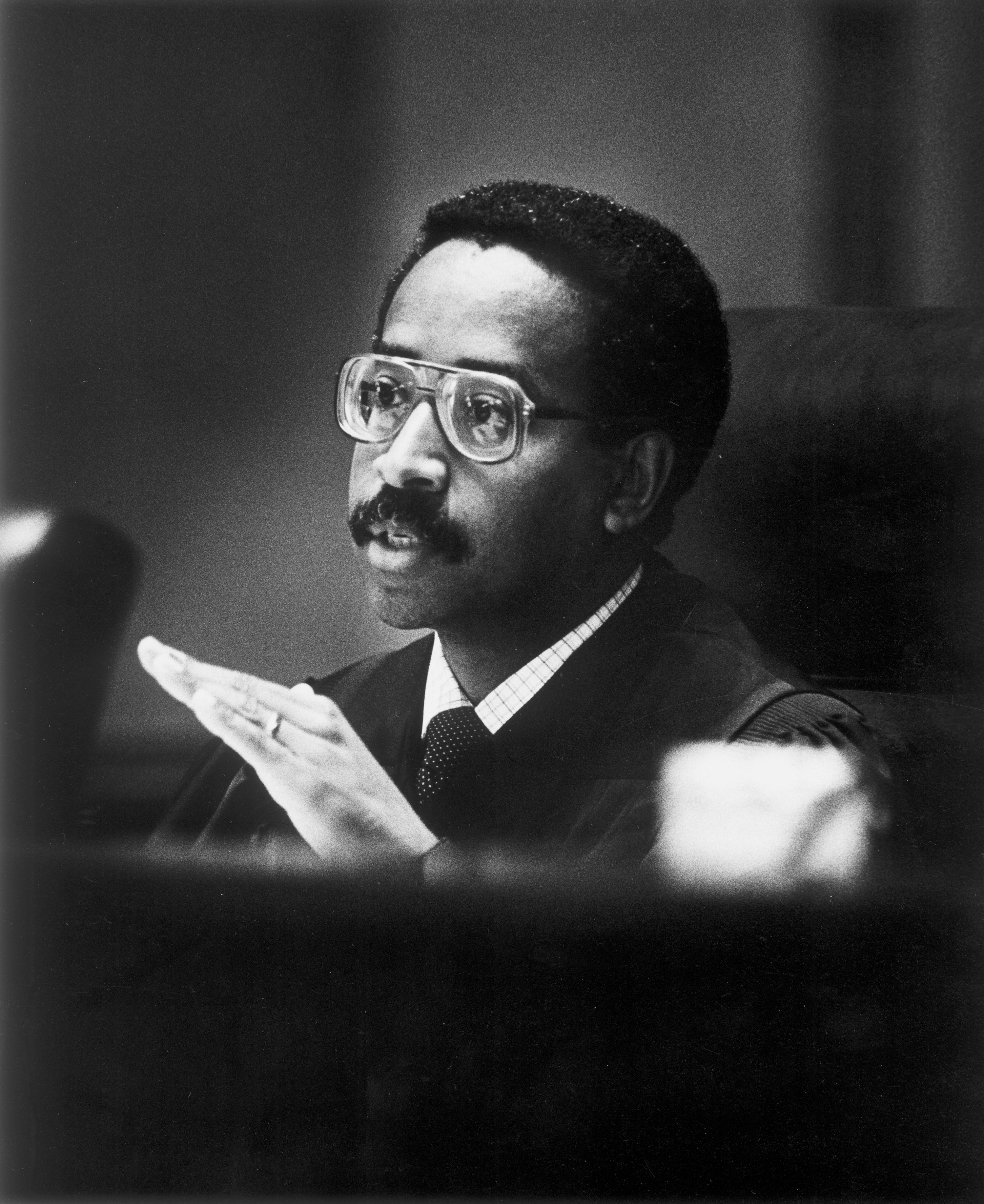 Judge James W. Benton was the first African American to serve on the Court of Appeals of Virginia. Elected in 1984, he was among the ten members of the inaugural court. A graduate of Booker T. Washington High School in Norfolk, Benton earned his A.B. from Temple University and his J.D. from the University of Virginia. He began his legal career in Richmond working with Hill, Tucker, Marsh, the firm then handling most of the school desegregation in Virginia. Benton served on the Court of Appeals until his retirement in 2007. 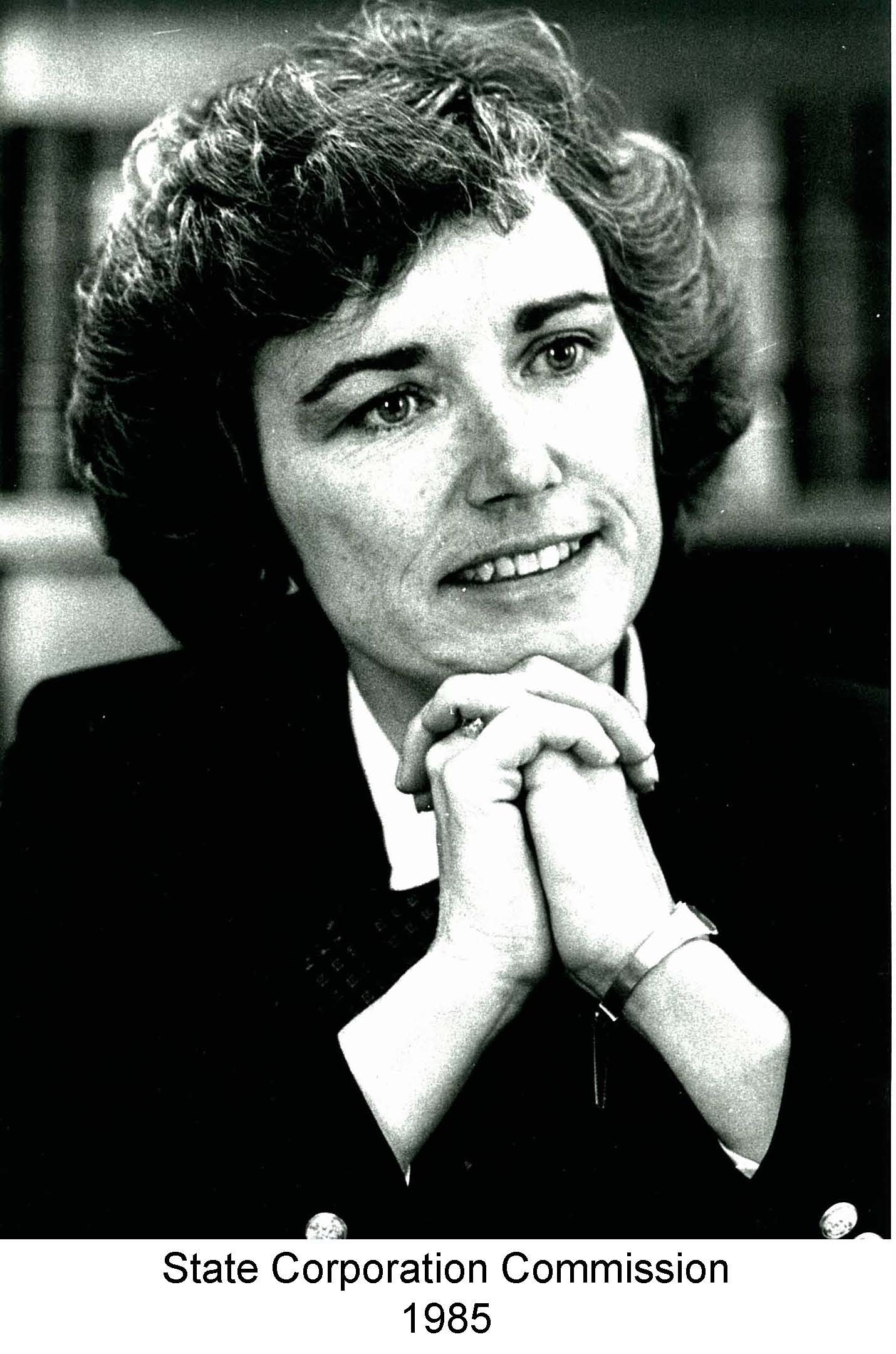 Courtesy of Justice Elizabeth B. Lacy

Elizabeth B. Lacy made history in 1989, when she became the first woman to serve on the Supreme Court of Virginia in its 200-year history. Previously, she had been the first woman to serve as deputy attorney general in both Texas, in 1973; and Virginia, in 1982; and the first woman to sit on the State Corporation Commission, in 1985. The inclusion of both women and African Americans on the court, Lacy reflected in 2010, “made a huge difference. Life experiences do have an impact on one’s view of individual cases.” 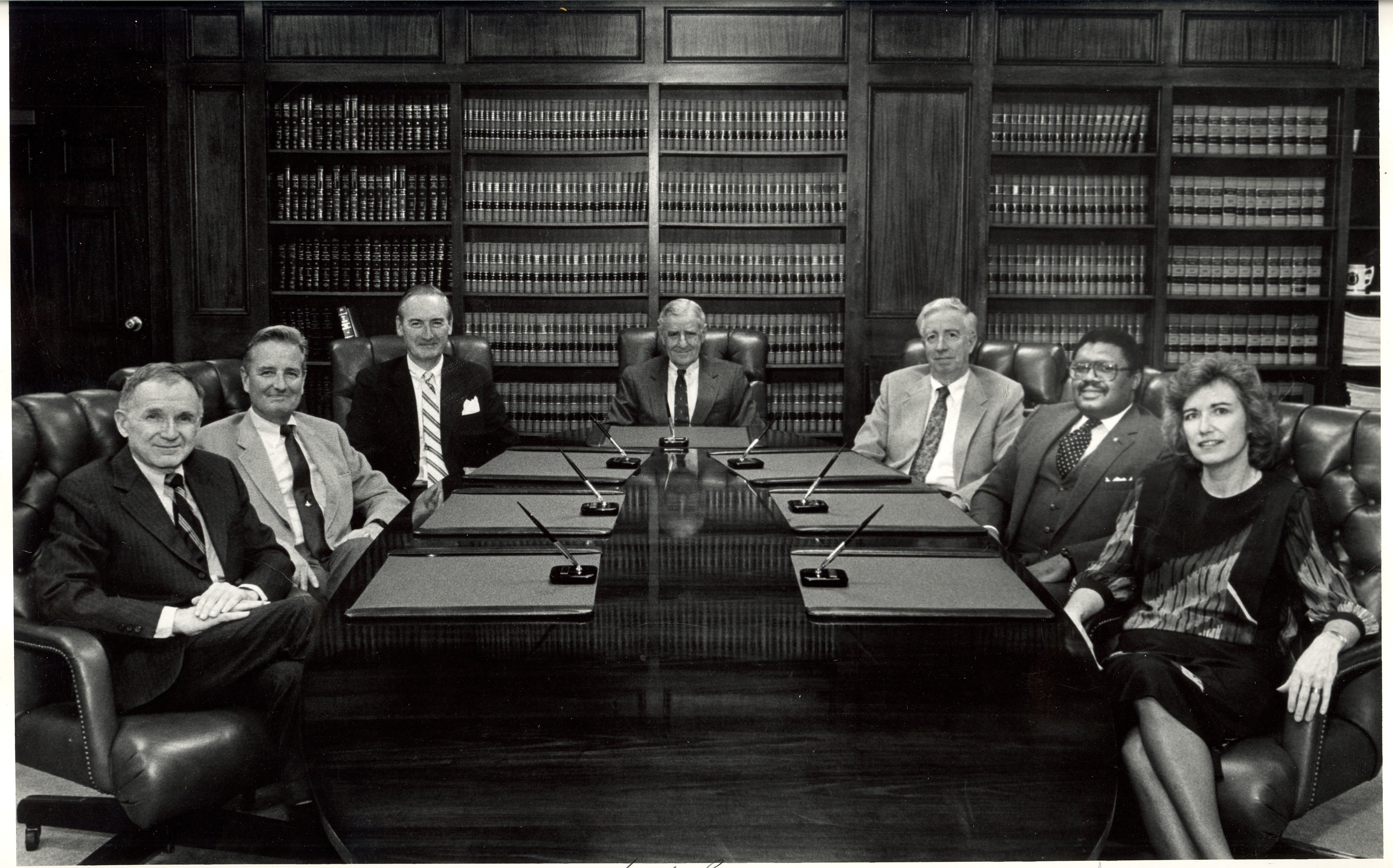 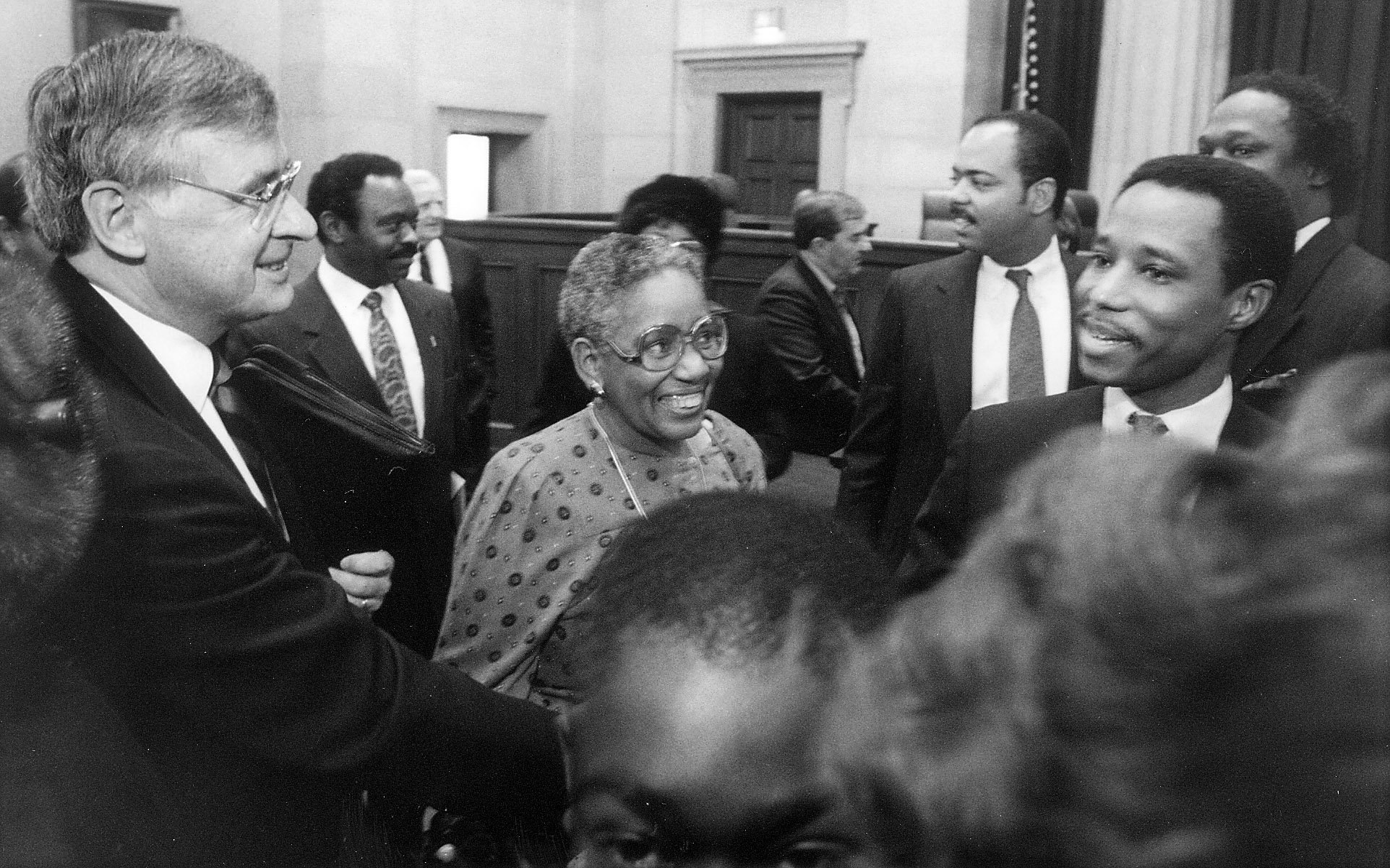 Justice Leroy R. Hassell, Sr. (right), was congratulated by Gov. Gerald L. Baliles after he was sworn in as the newest member of the Supreme Court of Virginia, December 28, 1989. Courtesy of Richmond Times-Dispatch.

Leroy Rountree Hassell, Sr., was elected to the Supreme Court of Virginia in 1989, at the age of 34. In 2003, he became chief justice, replacing Harry Carrico, who retired after 22 years as chief justice and 42 years on the court. Hassell was the 24th person to lead the court and the first African American to serve as chief justice. “I don’t think you should let the fact that you are young or the fact that you are black inhibit your goals in life,” he said in 1989 when asked about the historical significance of his appointment. In 2002, he explained his motivation for public service: “I do not wish to serve, however, because I happen to be black. Rather, I desire to serve because I am a Virginian by birth who has a strong affection and love for the commonwealth and its people.” 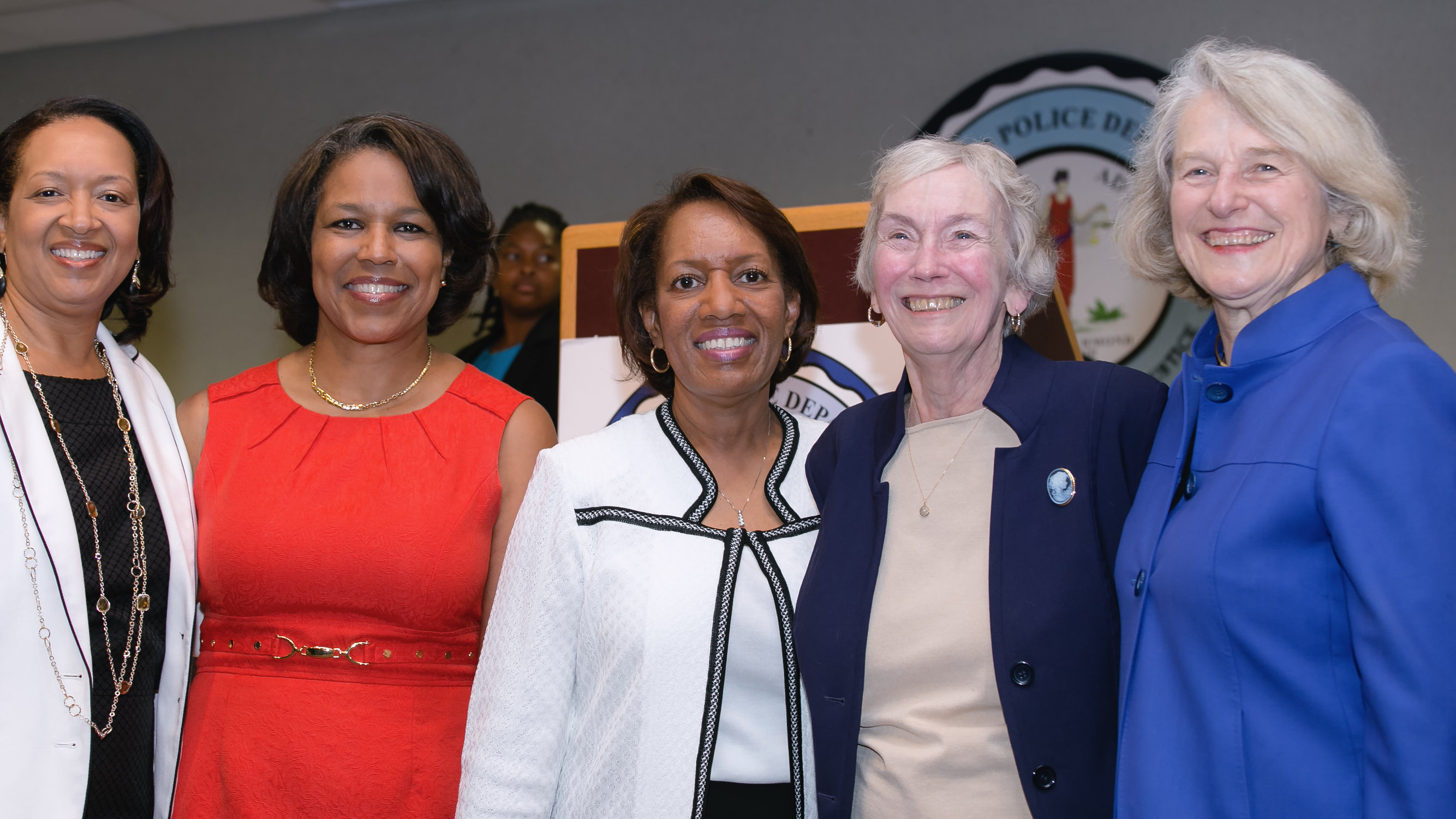 Richmond Juvenile and Domestic Relations Judge Angela Edwards Roberts, elected March 1, 1990, is the first African American woman elected to a district court judgeship in Virginia. She was a prosecutor in Richmond and worked as a staff lawyer for the Virginia State Bar before becoming a judge. A native of Caroline County, she earned an undergraduate degree from Virginia Tech and a J.D. from Emory University.

On January 22, 2009, Uley Norris Damiani became the first person of Hispanic descent elected judge in Virginia when she was elected to a six-year term on the Alexandria Juvenile and Domestic Relations Court. She was appointed to the seat in September 2008, replacing Judge Nolan Dawkins. Judge Damiani grew up in both Mexican and American cultures. Her mother is Mexican, and Damiani attended a year of elementary school in Mexico City. She speaks Spanish fluently and frequently visits her large extended family in Mexico. A graduate of Robinson High School in Fairfax County and Georgetown University, she earned a J.D. from the University of San Diego School of Law in 1995. She worked as a deputy public defender in San Diego County, California, and for the City of Alexandria (Virginia) Public Defender Office, and as a criminal defense attorney in Alexandria before she was appointed judge. 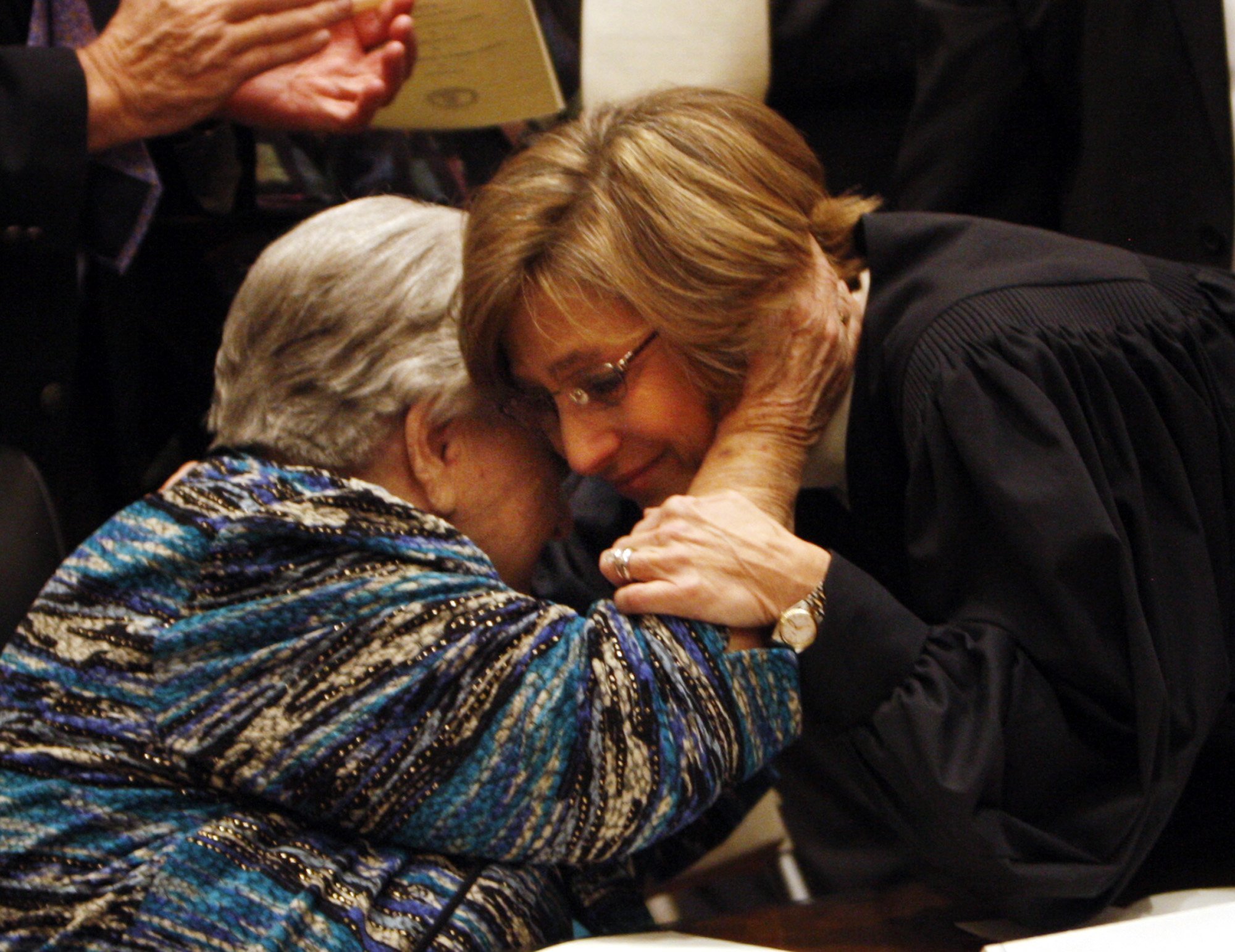 Cynthia Kinser, the first woman to serve as chief justice in Virginia, was elected by her colleagues in 2010 to succeed Chief Justice Leroy R. Hassell, Sr. She was appointed to the court by Governor George Allen in 1997 and served 17 years before retiring in 2014. Kinser is a native of Lee County and earned her J.D. from the University of Virginia in 1977. She was the first woman elected commonwealth’s attorney in Lee County, in 1980, and practiced law in Pennington Gap before she was appointed magistrate judge for the United States District Court for the Western District of Virginia in 1990. 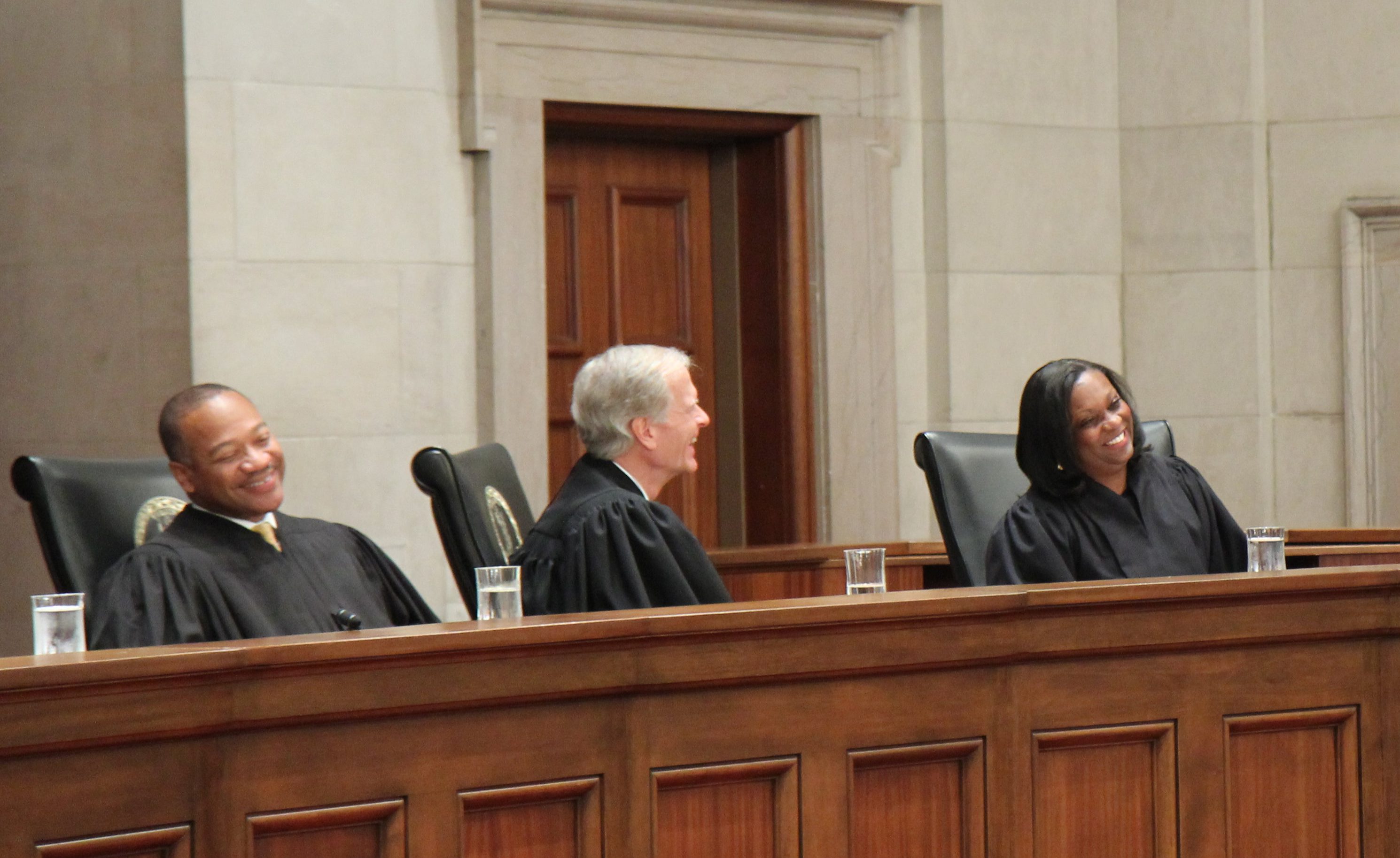 Justice Cleo E. Powell takes her seat on the beach after her investiture, October 21, 2011. To her left are Justice S. Bernard Goodwyn, far left, and Justice William C. Mims. Photo by Ken Mittendorff, collections of the Supreme of Virginia Archives/Virginia State Law Library.

Cleo E. Powell became the first African American woman elected to an appellate court in Virginia in 2008, when she was elected to the Court of Appeals. In 2011, she became the first African American woman to serve on Virginia’s highest court. Powell began her judicial career in Chesterfield County in 1993, when she was elected general district court judge. From 2000 to 2008, she was circuit court judge in Chesterfield. A native of Brunswick County, Powell earned undergraduate and law degrees from the University of Virginia. She was an attorney in private practice in Richmond, at the Office of the Attorney General, and at Dominion Virginia Power before she entered public service. 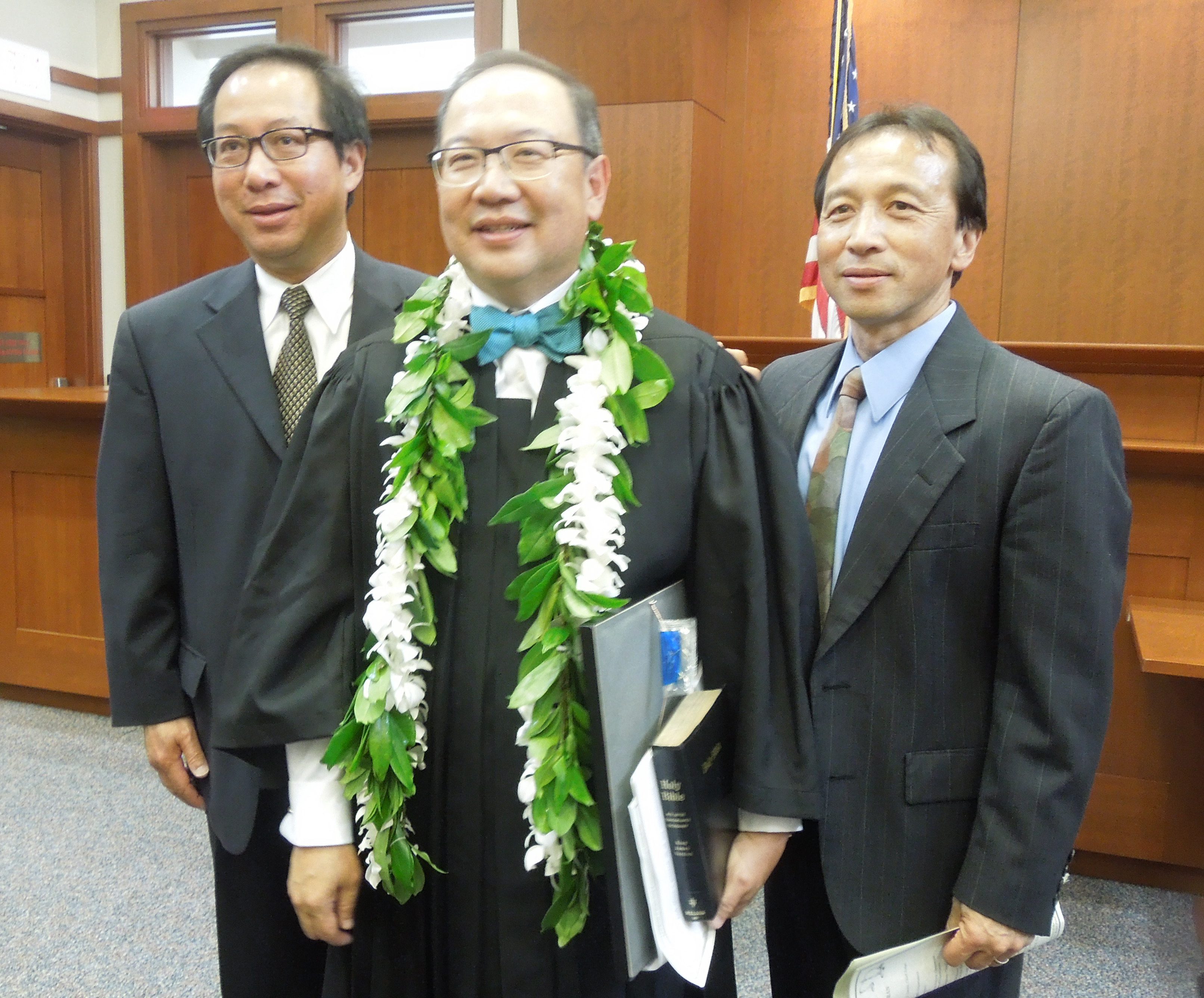 John Tran made history on April 3, 2013, when he became the first person of Vietnamese descent elected judge in Virginia, and the first Asian American elected circuit court judge in Virginia.  “I am an American, I am a Virginian, and I was born in Vietnam–three things of which I am equally proud,” Tran said. “My election does confirm my long held belief that in the United States of American and especially the Commonwealth of Virginia, we are given countless opportunities to achieve our dreams, regardless of where we may come from.” The son of a Vietnamese diplomat, Tran graduated from Yorktown High School in Arlington and earned B.A. and J.D. degrees from George Washington University. He has been a state and federal prosecutor and was in private practice when he was elected. 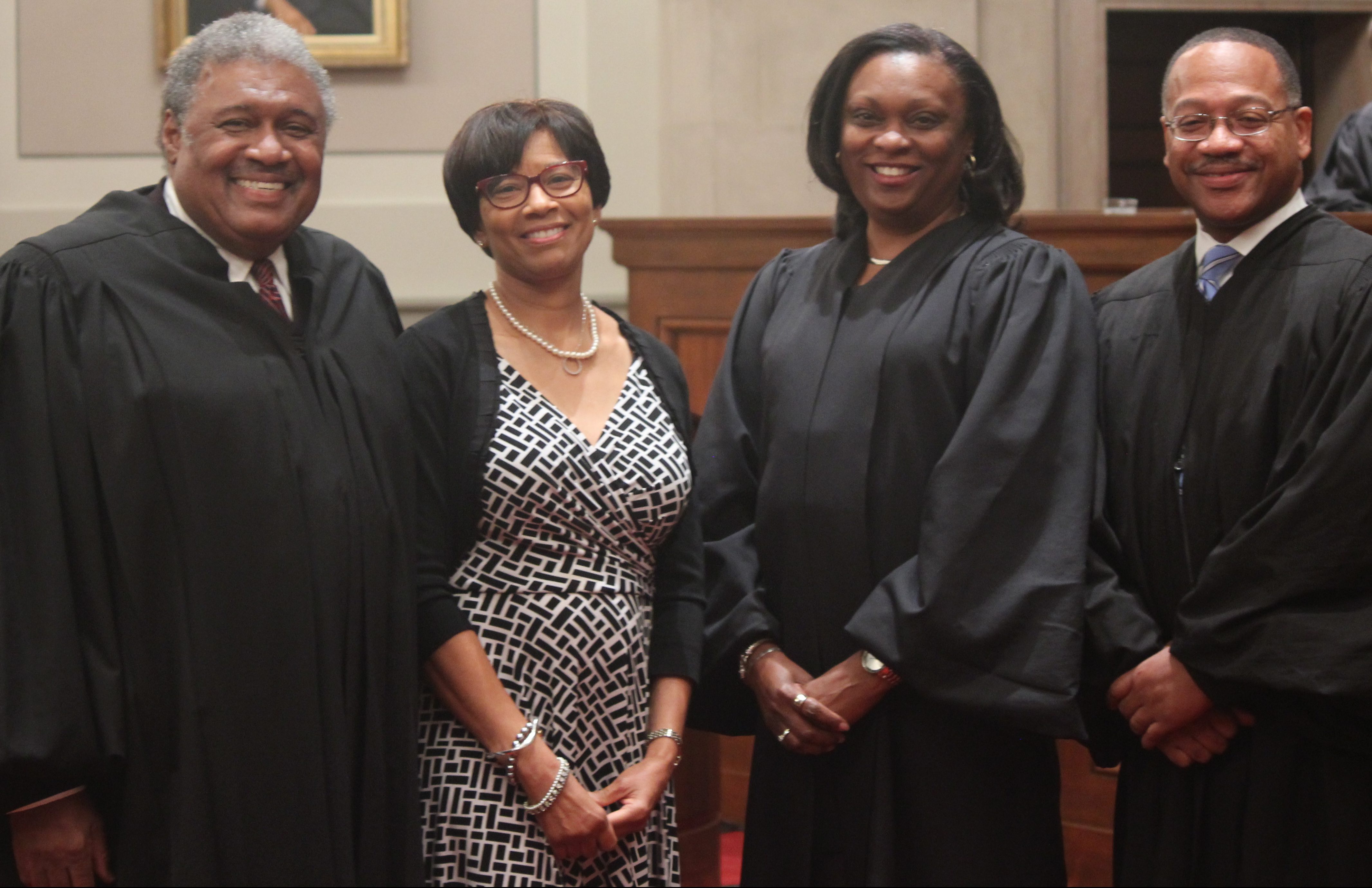 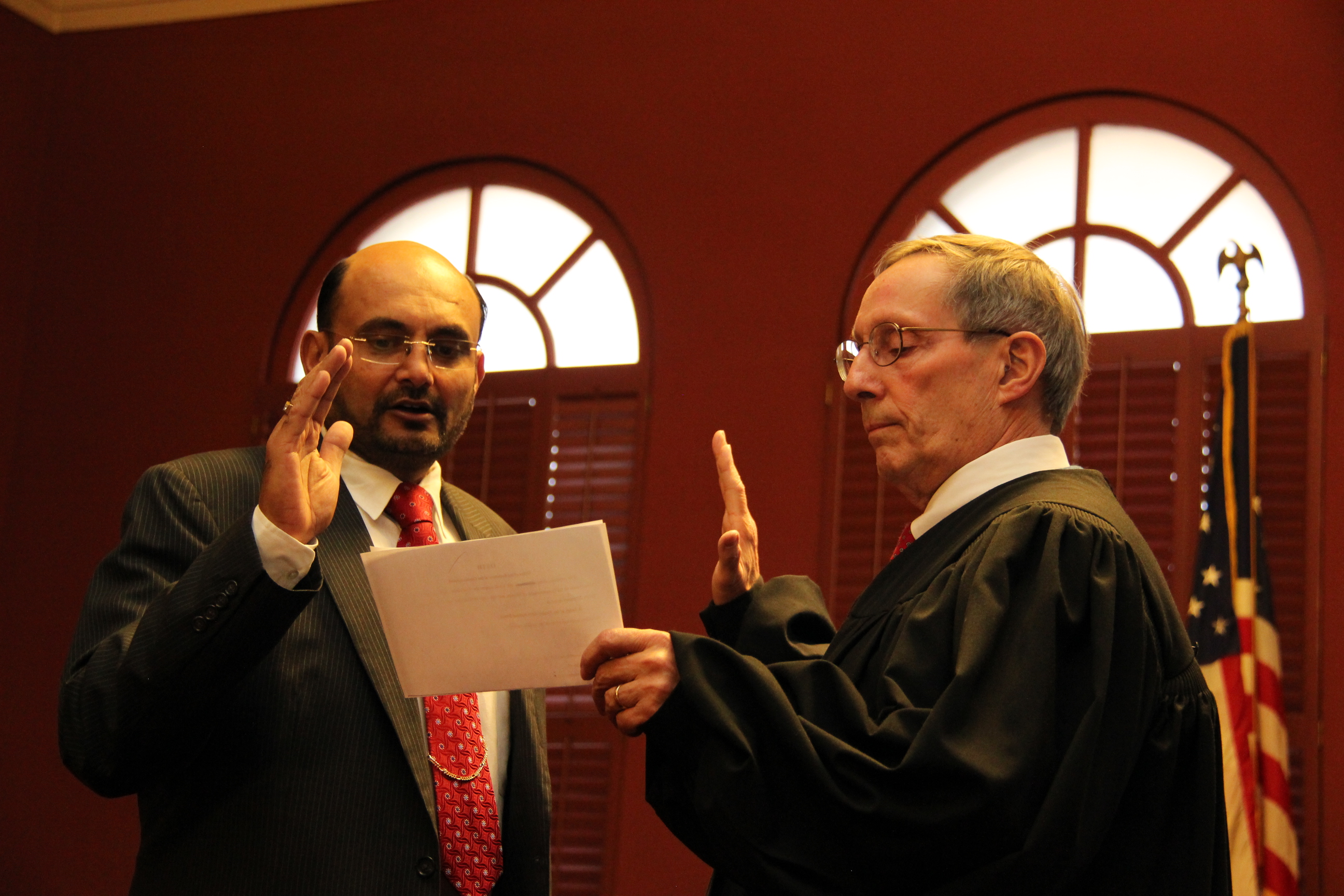 The achievements of these trailblazing judges and the growing diversity of the Virginia judiciary reflect opportunities created by NAACP attorneys who litigated against segregation in courtrooms across the South, beginning in the 1930s. In 2015, members of the Old Dominion Bar Association, organized by African American attorneys barred from membership in the Virginia Bar Association and the Virginia State Bar, gathered to celebrate the historic achievements of the African American Bar in Virginia.

Please note: The images and recordings included in this website are provided for your personal and/or scholarly use, and you are responsible for obtaining any copyright permissions that may be required for your further uses.