Mary R. Painter, pictured here at a 1949 meeting of trial justices in Richmond (middle row, seventh from right, with hat) was the first woman known to have served as a county court judge in Virginia. Painter was appointed trial justice by Botetourt County Circuit Court Judge Benjamin Haden in 1934, shortly after the trial justice system took effect in Virginia. A 1912 graduate of the Academy at the State Normal School in Farmville (now Longwood University), Painter succeeded her husband as Division Superintendent of Botetourt County Schools when he died in 1933 and taught one year at Fincastle High School. She took the written bar exam and became a member of the Virginia State Bar  in 1937. 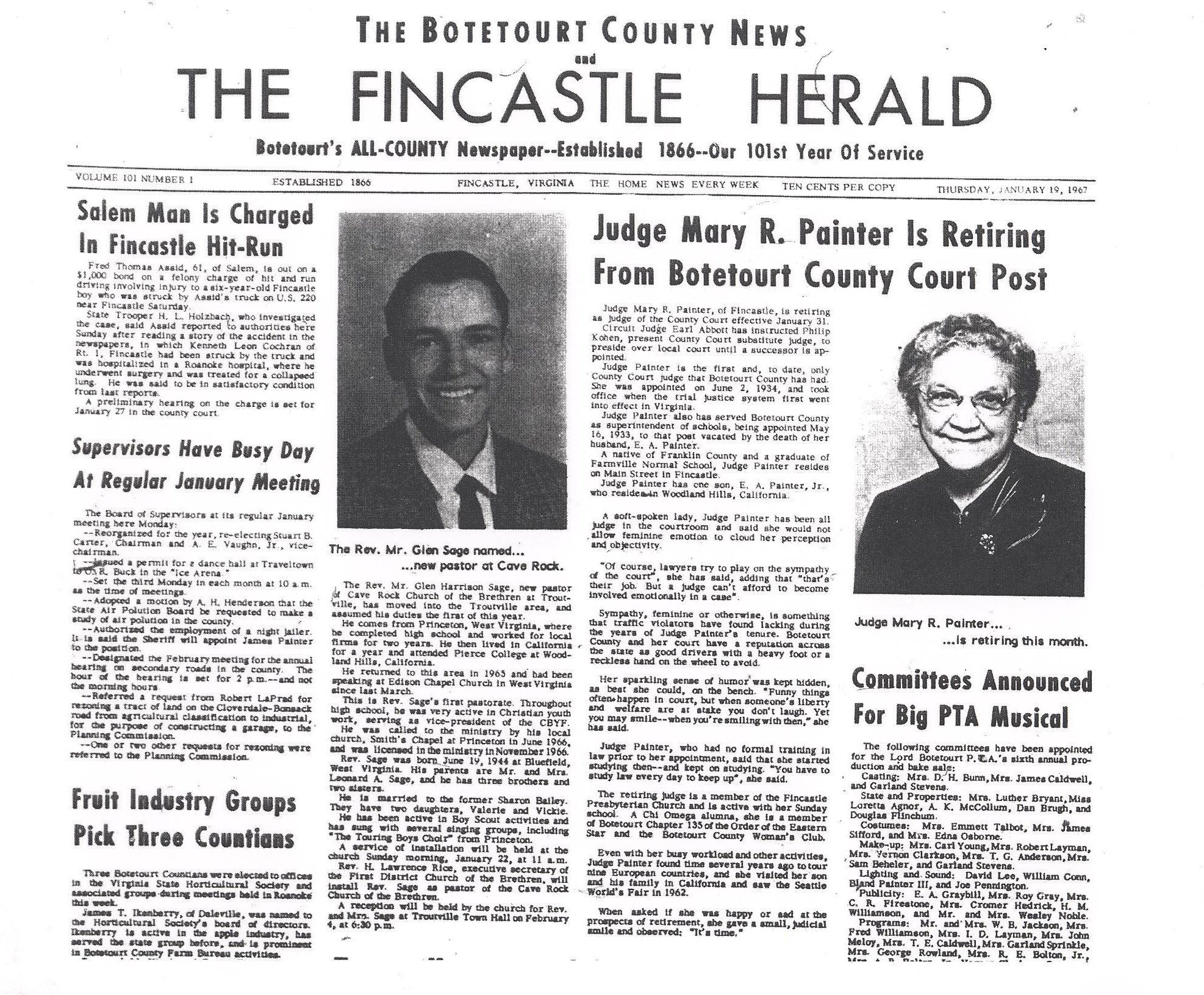