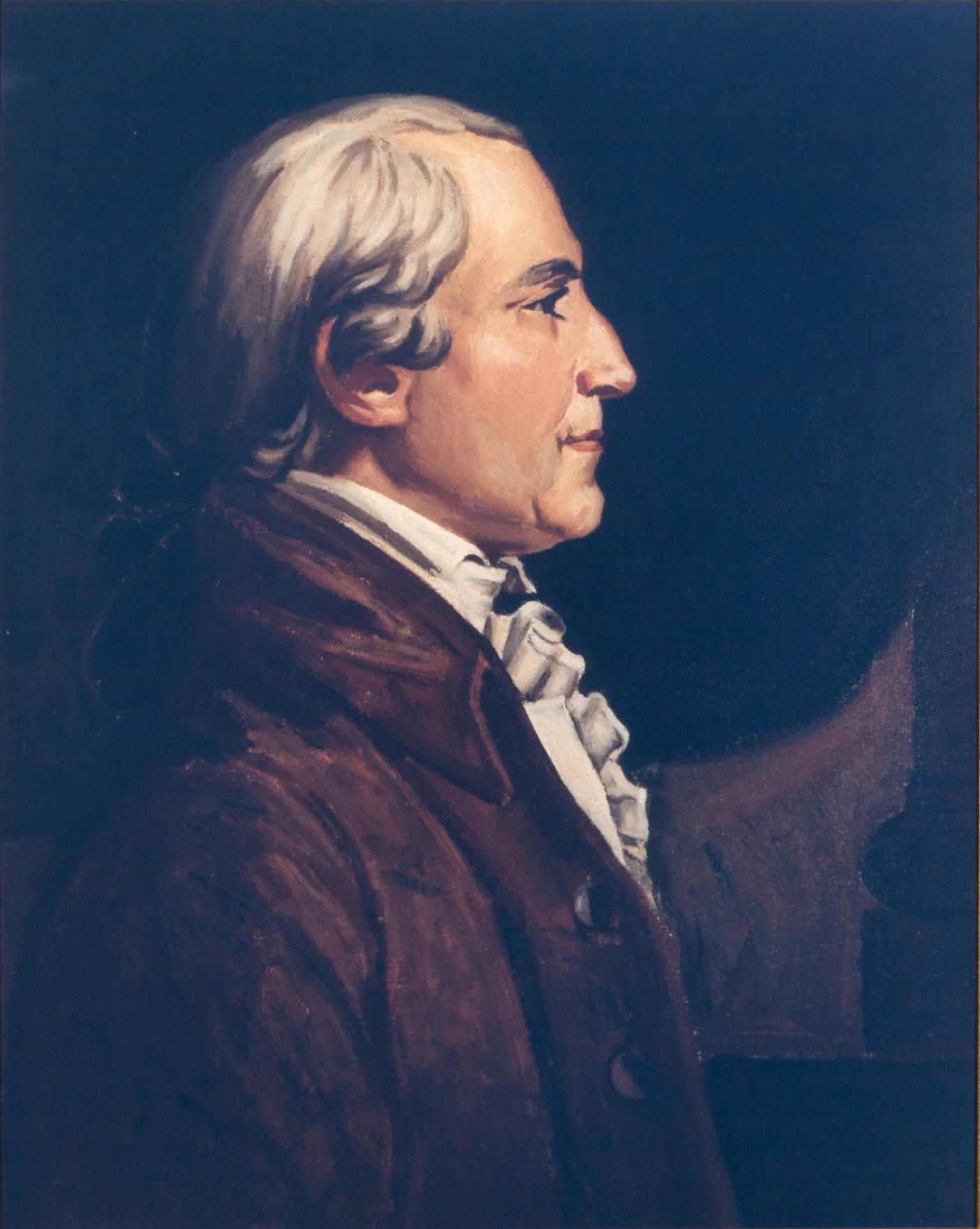 Photo reproduction, 27 x 23 in., circa 1989,
of a painting by Curtis Baker, 1932, after an 1808 engraving
by Charles Balthazar Julien Févret de Saint-Mémin
Location: courtroom foyer, right

Elected by the General Assembly on January 6, 1804 to fill the vacancy created by the death of Edmund Pendleton and began his service on April 11, 1804. Service terminated by resignation.

Author, William Blackstone’s Commentaries on the Laws of England, the first major treatise on American law, first published in 1803.