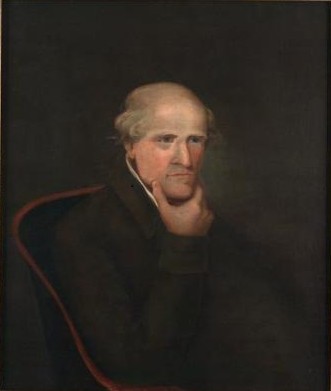 Elected by the General Assembly to the Court of Admiralty on May 5, 1786 and became a member, ex-officio, of the Court of Appeals. Service terminated by the reorganization of the courts in 1788, which took effect March 5, 1789.

Education:
Attended the College of William and Mary, circa 1760-1765
Studied law with Robert Carter Nicholas

Sources:
Appointed and qualified as judge of the Court of Admiralty and the Court of Appeals on May 5, 1786, Wilmer L. Hall, editor, Journal of the Council of State of Virginia, December 1, 1781-November 29, 1786, 548; attended William and Mary, A Provisional List of Alumni, Grammar School Students, Members of the Faculty, and Members of the Board of Visitors of the College of William and Mary in Virginia From 1693-1888 (Richmond: Division of Purchase and Printing, 1941), 41; birth, death, education, and career, Biographical Directory of Federal Judges; portrait, Ray O. Hummel, Jr., and Katherine M. Smith, Portraits and Statuary of Virginians Owned by the Virginia State Library, the Medical College of Virginia, the Virginia Museum of Fine Arts, and Other State Agencies (Richmond, Va.: The Virginia State Library, 1977), 126.