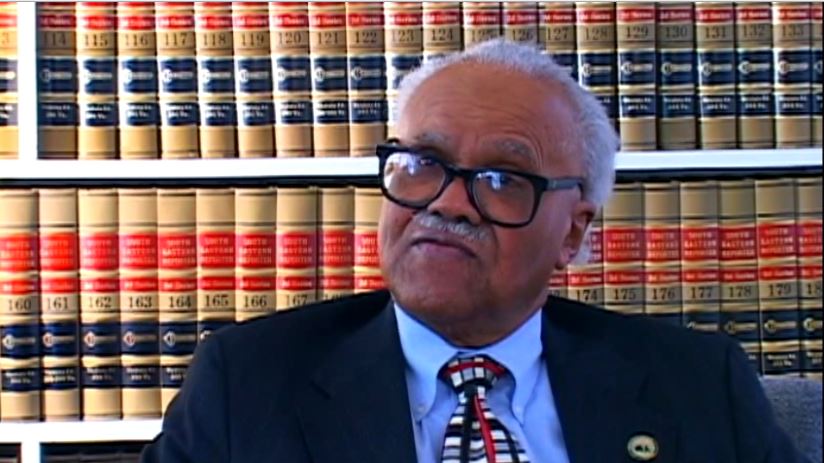 Listen to an audio recording of a two-part oral history interview of Norfolk attorney William T. Mason, Jr. in March 2008. Transcripts below.

Mason was interviewed by Dr. Cassandra Newby-Alexander, Professor of History at the Norfolk State University, at the offices of the Robinson Law Group in Norfolk.

Mason talks about his parents’ background in Trinidad and Pennsylvania, his childhood growing up in Norfolk and New York City, and his education at Virginia Union University, Colby College, and Howard University Law School. He discusses his father’s work as an insurance salesman and real estate broker in Norfolk, his mother’s career as a social worker, and his mother’s volunteer work to improve housing and education in segregated Norfolk. In discussing his father’s career, he talks about discrimination in lending and the development of the L and J subdivision in Virginia Beach. In discussing his mother’s career, he talks about the community they enjoyed in New York City, his mother’s work in the National Council of Negro Women in New York and Virginia, her work organizing the Women’s Interracial Council in Norfolk, her efforts to bring attention to the housing shortage in Norfolk after World War II, and her work to support students when the Norfolk schools were closed due to massive resistance. He also discusses the work of civil rights attorneys Oliver Hill and others in the Norfolk area during the 1940s. Toward the end of the interview, Mason discusses the context of his appointment to the U.S. Attorney’s Office for the Eastern District of Virginia and his work there, which included school desegregation cases. He concludes the interview by talking about attorneys Leonard W. Holt, E.A. Dawley, and Joseph A. Jordan, civil rights litigation in Norfolk during the 1970s and 1980s, and his relationship with Norfolk State University president Lyman Beecher Brooks.