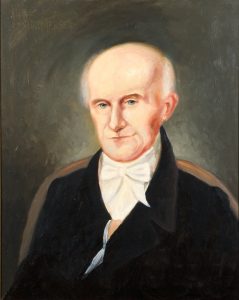 Elected by the General Assembly on January 30, 1811 to fill the vacancy created by the retirement of St. George Tucker and began his service on March 4, 1811. Service terminated by death.

Succeeded William Fleming as presiding judge when Fleming died on February 15, 1824. Service terminated by the election of Henry St. George Tucker as president on April 11, 1831, pursuant to an act of the General Assembly.

According to the 1831 order book, Henry St. George Tucker replaced Brooke as president pursuant to an act passed April 8, 1831, requiring vacancies in the office of president be filled by “particular election and commission.”