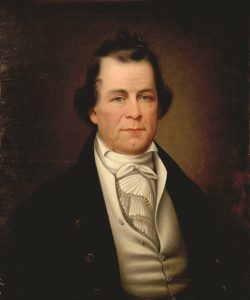 Elected by the General Assembly on January 26, 1842 to fill the vacancy created by the resignation of Henry St. George Tucker and began his service on January 31, 1842. Service terminated by death.