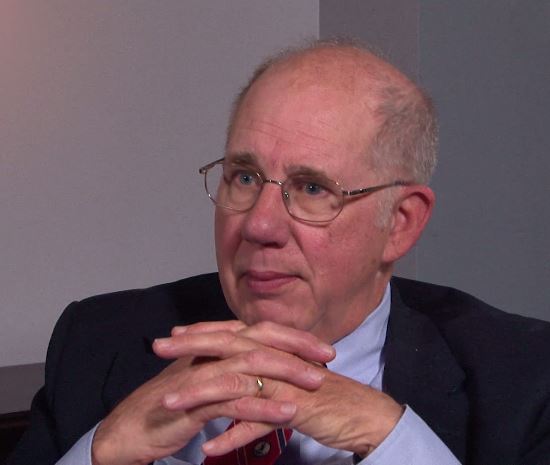 Listen to an audio recording of an oral history interview with Frederick A. Hodnett, Jr., interviewed by Dr. Cassandra Newby-Alexander, Professor of History at Norfolk State University, on June 3, 2014, at the Supreme Court Building in Richmond. Transcript below.

Hodnett talks about his family and growing up in Dublin, Virginia, his education at Hargrave Military Academy in Chatham, Virginia, his military service as a translator during the Vietnam war. He recalls working with Hubert Bennett, the first person to hold the job of executive secretary, or  court administrator, from 1952 to 1975, changes in the court system with passage of the Court Reoorganization Act that took effect July 1, 1973, working with judges statewide during his career as assistant executive secretary, and working with chief justices Harry L. Carrico and Leroy R. Hassell, Sr.