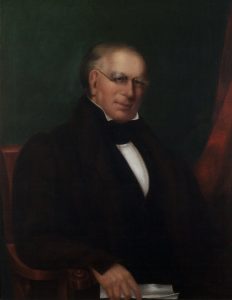 Elected by the General Assembly on February 20, 1834, to fill the vacancy created by the death of John William Greene and began his service on March 1, 1834. Service terminated by death.

Education:
Attended the College of William and Mary and studied law, 1798

Professional career:
State delegate, 1801-1803; 1807-1809
Council of State, 1803-1806
Compiler, with Hugh Holmes, of Virginia Cases , reports of the General Court, 1789-1826
Appointed official reviser of the Virginia Code, 1816
Member, Rockfish Gap Commission, appointed to choose the location for the University of Virginia, 1818
Author, “Amphityon” essays published in the Richmond Enquirer on March 30 and April 2, 1819, attacking John Marshall for attempting to extend the authority of the federal courts